Even before my teenage years, I had always a fascination with electronics. In the ’90s, Radio Shack was still in full swing, the Internet was mostly text, and computers were ungainly things that weren’t terribly interesting to a 12 year old (aside from the games). For me, looking at radio equipment was the big thing. I didn’t necessarily understand all the features, but I could tell when something was cool.

For me, the coolest thing was the Grundig Yacht Boy 400. I really wanted this $300 radio. Buying one, however, would be a substantial expense and not really an option. Now, some 20 years later, I have the luxury of buying these old gadgets at a tremendous discount. Sometimes, age has been hard on them.

I found a Grundig YB-400 at the Rochester HamFest a couple of years ago. Cosmetically, it is pristine, and came with the manual and carrying case. However, I didn’t make much time to work with it – it didn’t seem to work quite right.

Finally, with winter settling in to the homestead, I made a list of my repair/restore projects – on which the Grundig. Since it’s small, I could take it apart quickly and make a quick assessment of what was needed. I knew from previous attempts to use it that the front buttons just didn’t seem to work. My hope was the contacts might just need a little cleaning.

The case comes apart easily. Four screws removed from the back, and a gentle squeeze of the front half of the case on either side of the battery compartment releases the clips that hold the shell together. Opening the case revealed the back circuit board. The board looked dingy, so I took a quick swap with some DeOxit D5 with a cotton swap just to make sure it was fairly clean. 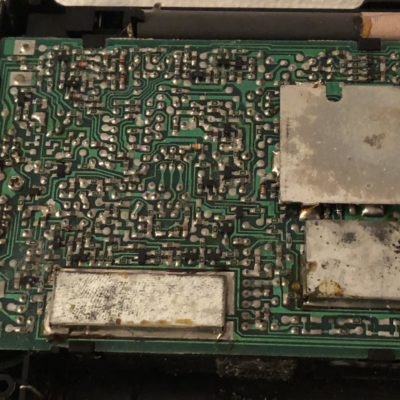 From here, another screw or two will allow the front of the case to be removed, exposing the control board. The Grundig essentially has a single board for radio and power, controlled by a second board housing the clock and control functions. A small umbilical connects them. I cleaned the contacts in the plugs for this just to be safe, but the main issue was quickly spotted: the button contacts were heavily corroded around the bottom of the board. Most likely, at some point in this radio’s life, batteries had leaked. While the battery compartment had been cleaned well, more work was needed to clean up the mess. 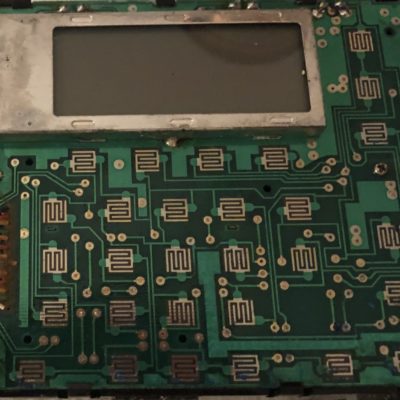 I took more cotton swabs and carefully scrubbed the traces with DeOxit. They cleaned up really well. I reassembled the radio, and put some batteries in. SUCCESS! I was able to tune the radio, and all the buttons worked correctly…except the radio wouldn’t turn off. Powering off the radio should, of course, turn off the audio, and the display should switch to clock mode. The display switched properly – so I knew the button was working – but the radio continued to play.

A little research indicated that transistor Q41 was the likely culprit; it controls the power to the radio. A quick check on the rear circuit board show that Q41 was, indeed, completely burned out. A quick visit to Mouser and a free upgrade to UPS Next Day Air had the replacement to me very quickly. Evidently, the use of unregulate 9V power adapters can strain the transistor and cause it to overheat. I ordered three replacements; one an exact replacement, and two that should the same, but have a higher power dissipation capacity. For now, I left the original replacement in; if I want to get a power adapter, I’ll get a well regulated one. 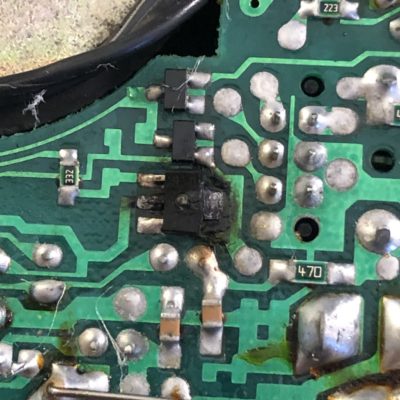 The traces were actually fractured by the head, so my slightly messy solder job also helps bridge the gap. Once in place, the radio now works as expected. For a portable, reception is very good and I enjoy the quality sound – especially on FM.

I am so pleased to have this unit working again, and look forward to seeing what I can pick up on it. It’s a pleasant throwback for me to the gadgets of my childhood. 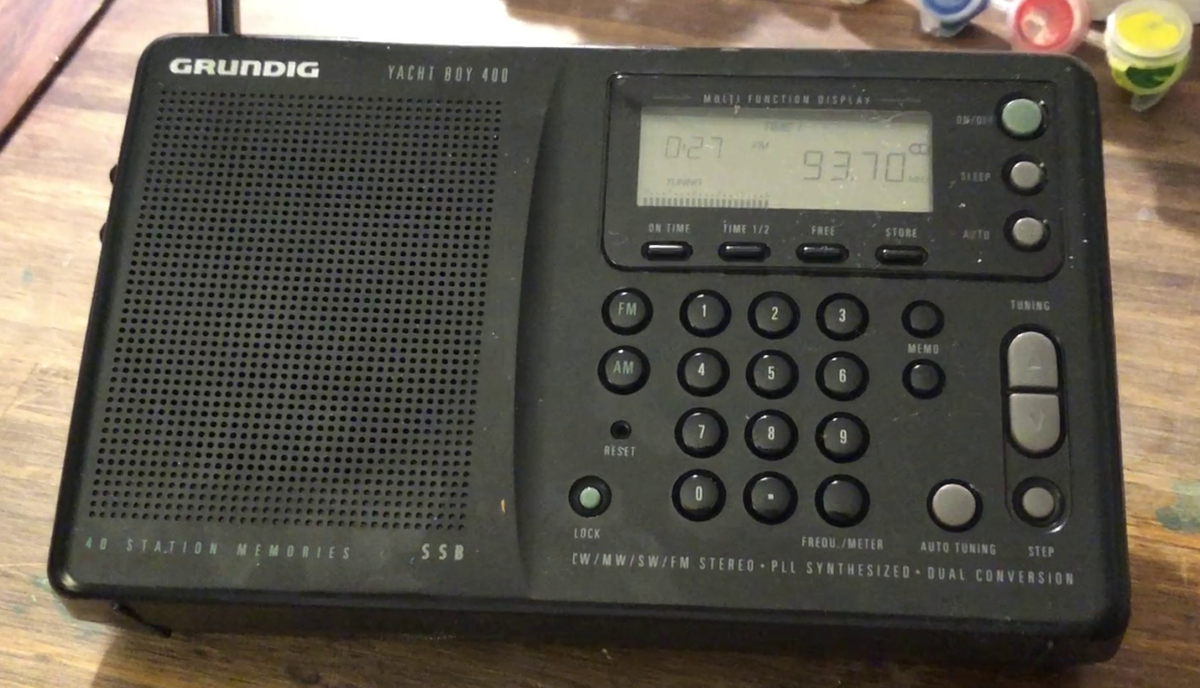 What things from childhood do you find yourself buying later in life?

Years, ago, when I was young, I studied for and was awarded an amateur radio (ham) license. Call sign KC2GQP was on the air. As a reward for this achievement, my Dad bought me my first ham radio - an Icom handi-talkie. I was so proud to have my radio,

The completed planterSeveral years ago, Sarah picked up a small wagon planter at a local greenhouse. The rough-cut wood weathered beautifully, and it was host to many flowering plants over the years. The old wagon finally rotted out, sadly, so I thought it might be fun to work up a
I was really excited to receive back the digital scans from the first roll of film shot through the FED-2 camera. I use North Coast Photo [https://northcoastphoto.com/] for film developing and scanning. Since this was an unknown camera to me, I chose to use their budget scanning option.